The Family Vlad - Chapter 29 While Vlad was focused on coming up with some clues that would point him in the right direction, things were going very badly for Anita Watson. The delivery of her fingernail sent the judge through the ceiling and was cause for another meeting. Karlson attended as well. She sat and listened, deferring to the others.

David Kidman April June Tabor - At The Wood's Heart Topic An absolutely beautiful, nay sublime set of mostly sad, ruminative songs on the timeless emotional themes, interpreted by June with all the matchless poise, magisterial maturity and unrivalled thoughtfulness that are her hallmarks - and yet I can't help feeling that she's surpassed even her own supremely lofty standards here.

The curious thing is that even though you know that with a recorded artefact you'll get to hear exactly the same performance on each and every replay, you really do feel that June's responding to the song texts afresh each time rather than just wheeling out a predetermined response with exactly the same inflections and emphases.

And another factor which makes this new CD so special is undoubtedly the close rapport that June achieves with the members of her backing crew; in a manner of speaking, June enjoys the best of both worlds with her collaborators, with gifted exponents of both what you might call "art-song folk" pianist Huw Warren and violinist Mark Emerson and for want of a better term "strummed folk" ace guitarist Martin Simpsonall three being musicians with whom June's worked extensively in the past.

And as if that weren't enough, on some tracks there are well-judged contributions from Andy Cutting accordion and Mark Lockheart and Iain Ballamy saxesand it's all reliably underpinned by Tim Harries' sensitively-moulded double-bass work.

June's careful adoption of specific instrumental timbres and combinations for voicing the mood and tenor of each song is remarkable and unerringly perceptive. For instance, there's a distinctly Schubertian air to the piano's short prelude to Ah! The Sighs a 16th century song of courtly lovegiving the piece more of a Romantic resonance than the basic acknowledgement of its source might normally call forth.

Interestingly, this contrast is turned on its head when Martin Simpson's poised guitar accompaniment to Heart Like A Wheel invests that song with something of the character of a courtly troubadour ballad, allowing us to concentrate on June's heartbreaking sorry, there's no other word for it!

These are but two acute examples of the sheer intelligence within June's new interpretations of the songs presented on this CD. Just over half of the twelve songs are genuinely traditional in origin, and their selection was galvanised by the inspiration June gained from a series of concerts she undertook with this particular group of musicians including an In Session broadcast for BBC4.

The repertoire June's chosen contains contrasts aplenty, too, with standout interpretations of Robert Burns' Lie Near Me the album's final, extended trackBill Caddick's powerful The Cloud Factory June's always had a striking empathy with Bill's writing, as you know and Duke Ellington's Do Nothing 'Til You Hear From Me to name but three interpolated with some slightly more uptempo fare such as Oh!

Then, on classic folk standards like The Banks Of The Sweet Primroses, June's incredible innate talent for storytelling transcends the occasionally rarefied, quasi-classical nature of the song's arrangement and presentation that description's a statement of fact, not a criticism, I hasten to add!

So let's force those doubters who habitually think of June as a cool, unemotional singer to take a close listen to this CD, and prepare for the backlash - the sound of words being hastily eaten! So, without qualification, this often profoundly moving CD forms another dark and bitter masterpiece from June, and right up there on the 'A-List' in both the obvious and the oblique senses of the term.

David Kidman June Tabor - Always Topic This latest box-set to come our way from Topic celebrates the intense artistry of arguably the finest British female singer currently operating within what might loosely be termed the folk scene her province is normally viewed as such by dint of convenience, purely because she has long operated primarily in acoustic music contexts. 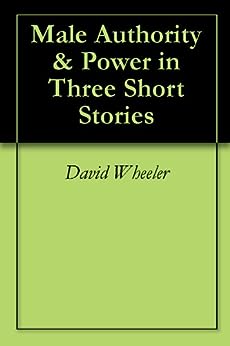 June had been singing and gigging ever since her college days at Oxford the booklet includes a page-stealing photo of "Tabor" captaining the St. Hugh's team on a late edition of University Challenge! The tiny handful of pre-'76 performances unearthed for inclusion on this box-set prove invaluable mementoes of June's early accomplishment as an unaccompanied singer of traditional song.

The earliest recording featured here is A Week Before Easter captured in by Andrew Cronshawand this gives a potent indication of her individual approach to pace and metre that even then was idiosyncratic, albeit encompassing both a mature approach to decoration and a quality of considered understanding that was rare for someone of her relative youth.

June's first solo album proper, Airs And Graces, initiated the Tabor Template by serving up what in appropriate restaurateur-speak might be dubbed "a traditional repertoire garnished with a few choice contemporary morsels". It also initiated - whether consciously or not - the enigmatic Tabor practice of beginning her album titles with the letter A a device which, disappointingly, remains obstinately unexplained in the booklet, which otherwise contains more than a fair share of enticingly revealing snippets of background information.

It's probably somewhat of an over-simplification to observe that over and during the course of her career thus far, June has moved from being a classy interpreter and transmitter of songs mostly traditional, if accompanied then mostly by guitar for an extended period of time her principal accompanist was Martin Simpson, indeed until he moved to the States in the late 80sto being an equally superlative interpreter and transmitter of modern, composed song in tandem with her expertise in traditional repertoire, and accompanied most often by piano-based or, latterly, chamber-textured instrumental arrangements.

Folk song to art-song? Well no, not exactly, but it's a tempting analogy - at least until you begin to dig deeper into June's all-embracing talent for rediscovering folk as art.

June's performing style mirrors her approach, in its precise diction, careful attention to detail and exemplary control and poise, whereby every syllable and nuance is weighed and measured yet never sounds coldly calculated.

Her choosiness with regard to performing repertoire reflects her view that in contrast to a traditional song, a modern song, being "the creation of one person rather than an ongoing process", is presented to the performer as a finished article, and so she opines "if it isn't right for me" in that form, "then I don't touch it", an admirable policy; it works for her, though it may not suit all!

In this way, June is enabled as the personification of the singer and the song; she conveys each and every song she sings as a personal experience. Martin Simpson provides a telling quote in this context: She can really, really transmit pain, hurt, unfairness, anger.

Tracks on the four CDs are not arranged in any sense chronologically, nor thematically, but the sequencing is intelligent and satisfying, with contrasts of dark and light and texture well managed. The set kicks off with a superb version of The Seeds Of Love - specially recorded for the project last year, the rationale for making it a lead track is clear, for as June says: A number of these turn out to be live renditions of existing album tracks, often utilising different backing musicians or arrangements and invariably casting new light on the interpretations; Lal Waterson's Fine Horseman, the traditional Young Johnstone and Will Ye Go To Flanders, Richard Thompson's Pharaoh a stunning performance with Filarfolket and Mrs Rita - all these are really illuminating.

The brightest jewel in this final crown, amongst many shining diadems, is undoubtedly a Purcell Room performance with musicians from the Creative Jazz Orchestra of Kris Kristofferson's Casey's Last Ride, which just stopped me in my tracks and literally reduced me to tears "it's one of those songs", "a song of such heart-wrenching desolation", that had the very same effect on Martin Simpson too, we learn from June in the booklet.

Other highlights include Virginia's Bloody Soil a lone survivor from an aborted American Civil War-themed programme and an extraordinary performance of Tracy Chapman's Behind The Wall, which further spotlights June's eclecticity of repertoire.

She always used to pair that song with Bill Caddick's barmaid's song She Moves Among Men; the latter is itself probably the most surprising omission from this set, although Les Barker's priceless January June parody should have earnt a pride of place - while as compensation I'm glad to find that Les's variant on the Cutty Wren saga has been included here, demonstrating that June's reputation as a primarily "miserable, serious" artiste is ill-conceived as she so evidently relishes and rejoices in the genuinely humorous repertoire.

June's sense of timing and phrasing is as important in lighter material as in the more earnest fare, in the classic ballads and the torch-jazz standards alike, and there are plenty of examples of each to delight us anew here. The performances on these four CDs effortlessly demonstrates June's versatility and consistency of integrity, all without a trace of contrivance.June Tabor & Oysterband - Ragged Kindom (Topic) All of 21 years ago, these two headlining acts unexpectedly combined their talents on a majestic (if admittedly very slightly flawed) collaborative album Freedom And Rain, which has since become regarded as an unrepeated - and unrepeatable - .

The Prisoner Who Wore Glasses by on Prezi

is and in to a was not you i of it the be he his but for are this that by on at they with which she or from had we will have an what been one if would who has her.

Pottsville Republican of January 11, CHURCH VANDALISM St. Peter's Church, Schuylkill Haven, Broken Open, Robbed and Damaged The Saint Peter's Evangelical Church at Schuylkill Haven was entered by burglars some time during the week, who carried away a .